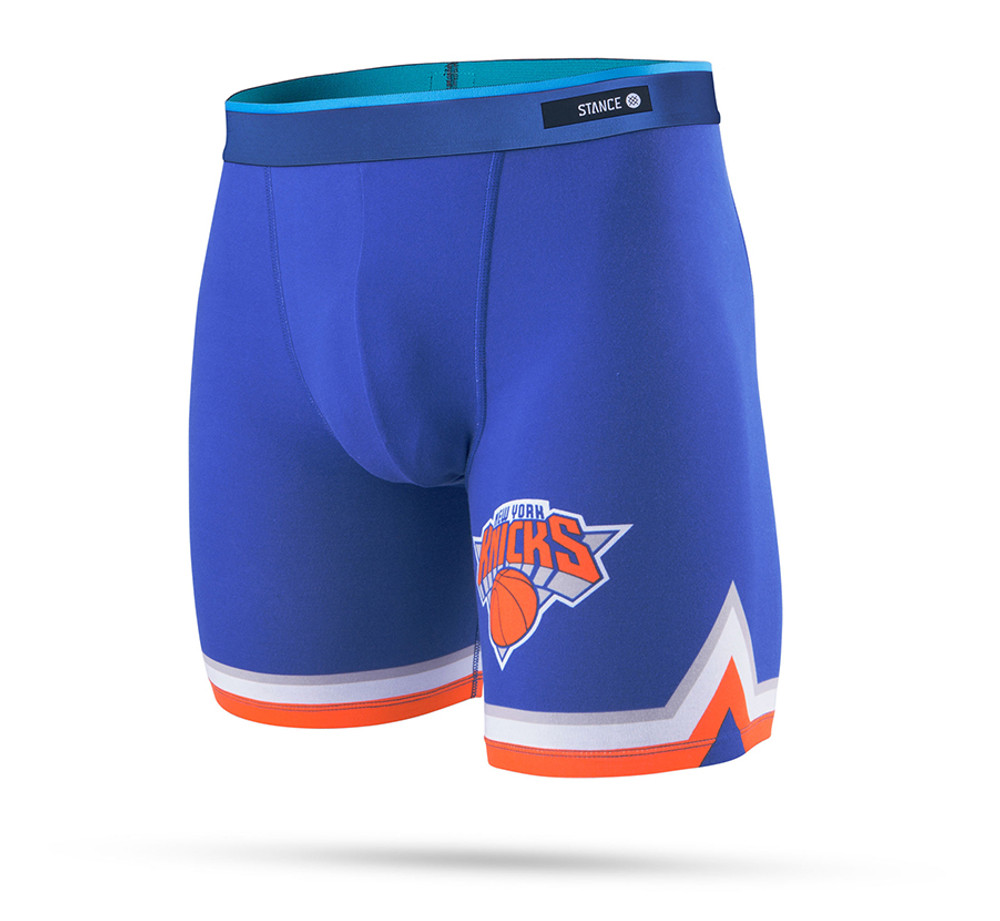 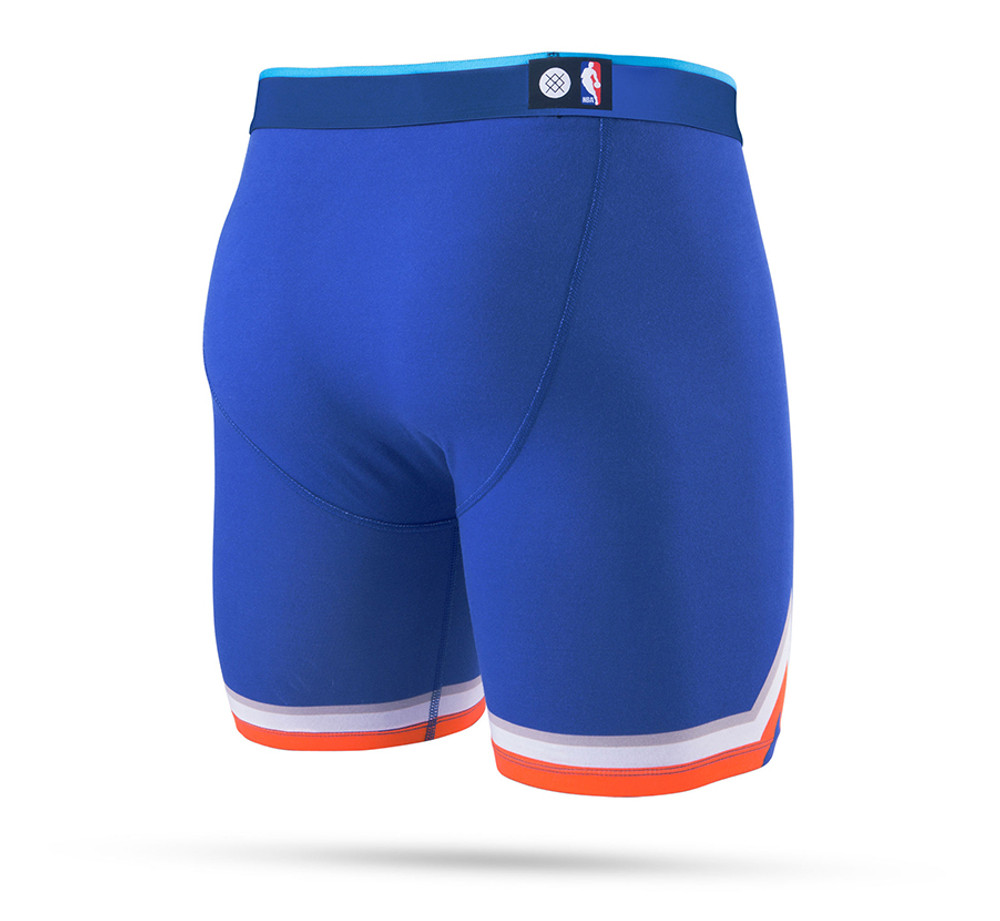 With a wave of new pieces added to a roster already highlighted by two stars, there’s renewed hope in the Big Apple that the Knicks will be real contenders in 2016-17. What better way to show your undying support for New York’s storied franchise than this fitted boxer brief? Part of our new line of casual NBA underwear, it’s inspired by the Knicks road shorts and designed in the latest Del Mar style, with an exposed elastic waistband and Feather-Seam construction.