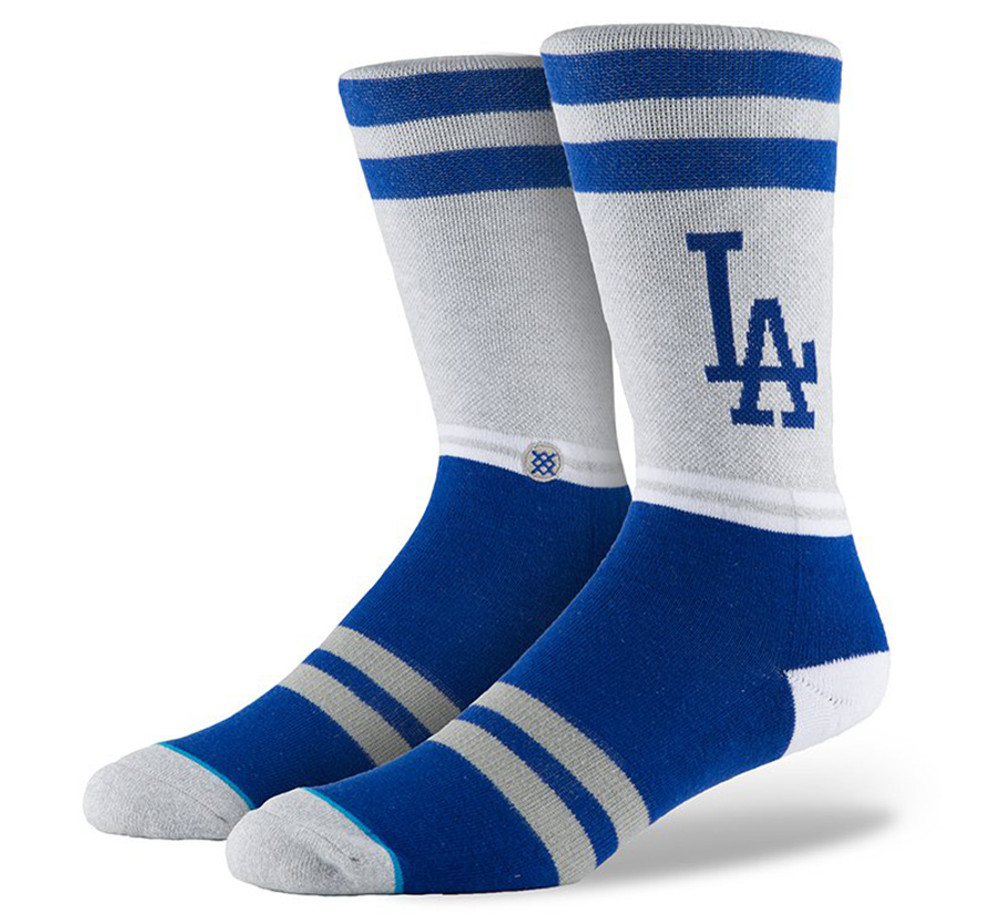 Whether based in Brooklyn or Los Angeles, the Dodgers have always been committed to excellence. In addition to six World Series titles, the team has won over twenty National League pennants. Through the years, eight of the team's pitchers have racked up a total of twelve Cy Young Awards. The club has also fielded twelve Rookie of the Year Award winners. Between its time in Brooklyn and Los Angeles, the Dodgers have been home to greats such as Jackie Robinson, Sandy Koufax, Don Drysdale, Duke Snider, Jim Gilliam, and Pee Wee Reese. Celebrate the team with Stance's Dodgers. For a clean appearance and smooth ride, this classic crew sock features a pique knit and luxurious combed cotton. A reinforced heel and toe offer additional durability while an elastic arch and self-adjusting cuff hug the contours of your feet. Show some pride with Stance's Dodgers.

Machine wash in 40 °C / 104 °F. Avoid bleaching or ironing the socks. Socks will last longer if you keep them out of the tumble dryer.